To create the wrapping for Reichstag, the historic palace of the German parliament in Berlin, Christo and Jeanne-Claude worked for more than two decades to have their project officially approved. Due to the importance of the monumental building located in West Berlin, just a short distance from the East before the fall of the Wall in 1989 and as a symbol of democracy, this spectacular “wrapping” is perhaps the artists’ most significant urban environmental intervention, as well as the one that has had the greatest resonance worldwide.

The façade, towers and roofs were covered with 100,000 square metres of aluminium-coloured polypropylene fabric, tied with 16.6 kilometres of blue ropes. The work was carried out by 70 professional mountaineers and 120 installation workers. Admired from the ground up by a huge number of visitors, the work was dismantled after only two weeks.

The powerful appeal of this installation of extraordinary aesthetic and conceptual value lies on the one hand in having reflected on the tragic importance of the historical memory of a monument burned in 1933 and bombed in 1945, and on the other in having begun to “reveal” the value of its future function as the Bundestag, i.e., as the parliament of reunited Germany. 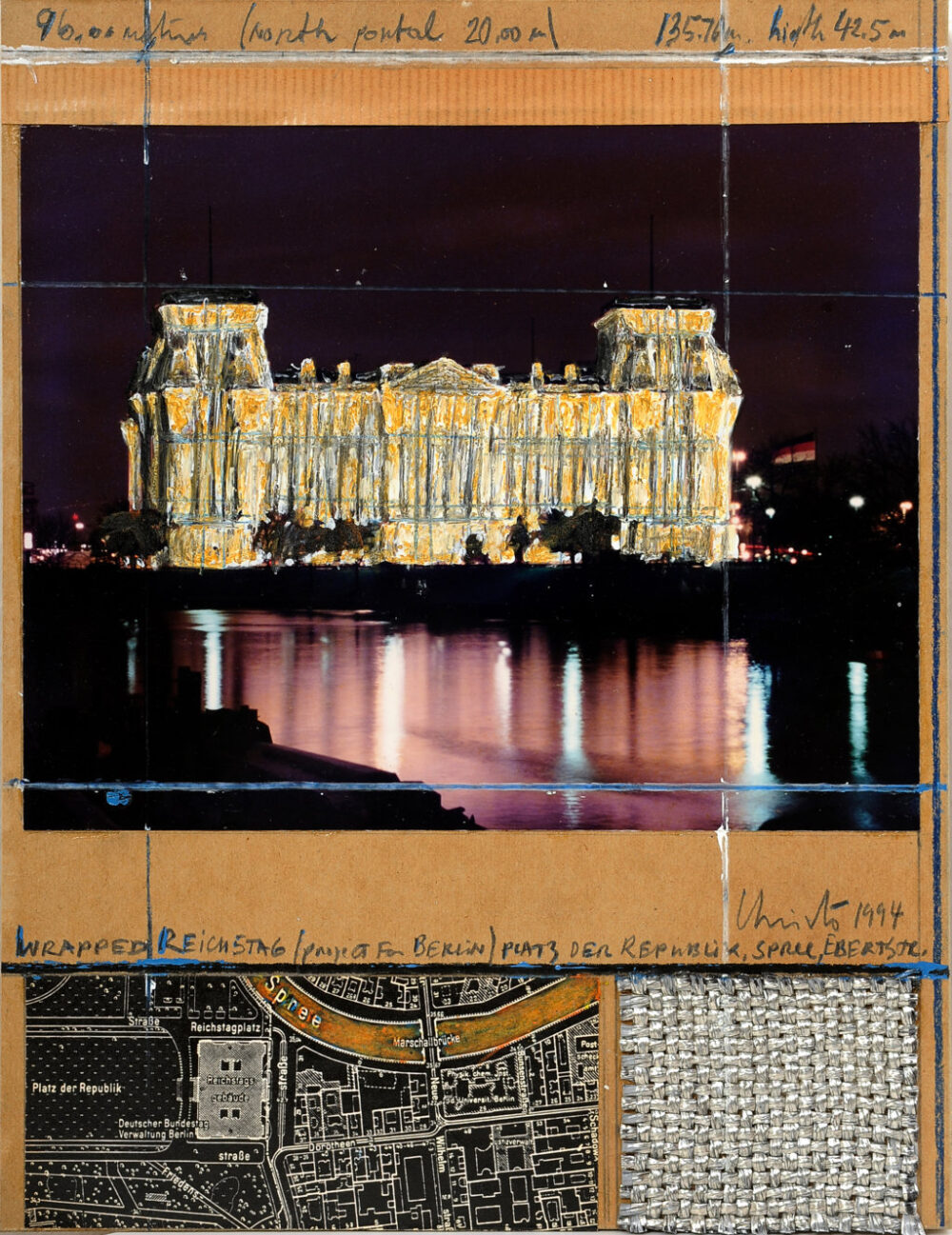