The Avant-dernière pensée artistic project was created in 2009. It was Roberto Galimberti’s idea, and since then it has found a research and experimental centre in Miradolo Castle.

With a group made up of musicians and technicians, Avant-dernière pensée offers the public artistic performances that establish new links between different artistic disciplines, by using original forms of classical and contemporary musical performances.

The performances are shaped around the spaces in Miradolo Castle and its Park, and are connected to the history of the place, its beauty and the exhibition projects set up in the historic rooms. For this reason, the Concerts presented by the Cosso Foundation are unique and cannot be seen elsewhere. The lasting memory is in the hearts and minds of the spectators.

Avant-dernière pensée places the audience at the centre of the performance thanks to an unprecedented, innovative sound recording and diffusion system that allows musicians to perform without seeing each other. Sometimes the performance is synchronized with light designs which have a strong emotional impact and projections of large video sets.

The public find themselves passing through the performance, whether it takes place inside the Castle or in the Park, they can choose between infinite and unique listening points, they can see an instrument in a room without a stage or assigned seats, the audience is free to move in the immediate vicinity of the performer or they can enjoy the global and balanced listening experience in the spaces between the musicians.

Participation becomes a new condition of real and concrete involvement on different levels; the voices, the music, the lights and projections combine together to compose something whole which is capable of generating multiple sensory feelings and emotions. The classical concept of a concert is reinterpreted and the creation and use of unprecedented technologies makes it both a means for the composition and the aesthetic.

Every year since 2009, Avant-dernière pensée has held performances at Miradolo Castle on important dates such as June 21st, on the occasion of the Summer Solstice, and December 25th, for Christmas, plus there are repeat performances. 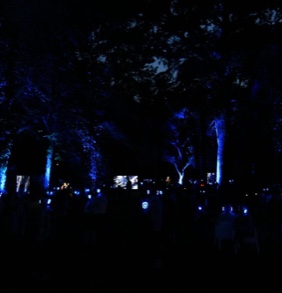 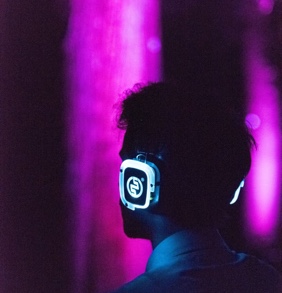 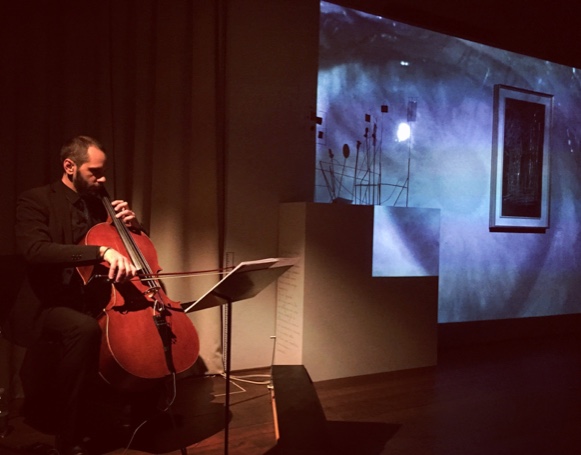