Find out more about the castle

In order to enhance the architectural contest, an in-depth historical study was carried out by the Cosso Foundation to help rebuild the memory of the Castle, using both archives and the latest witness statements.

Miradolo Castle is a building situated at the entrance of the Chisone Valley which has a magnificent view of Monviso. It is made up of a noble part and a rustic part, which between the end of the 18th century and the beginning of the 19th started to take on the appearance of what we see today.

Miradolo Castle is a building situated at the entrance to the Chisone Valley and has a magnificent view of Monviso.

The first definite piece of historical evidence links the house, originally known as a “cassina” or country farmhouse, to the Macello family who were the main landowners in the area even though they did not have any estates. Giovanni Battista Macello changed his family name from Macello to Massel and following on from that enlarged his property by buying the Marchesato di Caresana.

At the end of the 18th century Antonio Maurizio Massel di Caresana transformed the old farmhouse in Miradolo into a noble residence where he built the fish pond and the formal garden surrounding the main house.

The Castle and its Park lived out their golden years during the 1820s when Maria Elisabetta Ferrero della Marmora, known as “Babet” married Marquis Maurizio Massel. She was a woman with huge personality and plenty of initiative. Thanks to her the Citroniera, the round tower and the surrounding wall were built and the main façade was redone, neogothic decorations were added, redesigned and the garden was enlarged.

In 1866 the Marquesse Teresa Massel, Maria Elisabetta’s grandaughter, married Luigi dei conti Cacherano di Bricherasio. As a wedding gift to his bride, he renovated Miradolo Palace, in a neo-gothic style.

During the 1820s, Maria Elisabetta Ferrero della Marmora started to have a surrounding wall built in Miradolo, which reflects the current shape of the Park and entrances.

Teresa and Luigi had two children, Sofia and Emanuele. The latter, who died prematurely in 1904, was one of the founding members and major shareholders in FIAT, the first big Italian car company. Sofia, who is remembered for her intellectual and social commitment, was a student of the painter Lorenzo Delleani who was often a guest at the cultural suppers that were held around the time of Sofia and her mother Teresa. Frederico Caprilli, the famous captain and a friend of Emanuele’s often visited Miradolo Castle, above all during the time when he was at the Pinerolo Cavalry School.

Among the distinguished guests at the Castle there were the painter Lorenzo Delleani and Captain Frederico Caprilli.

Sofia, the last heir of the family, died in 1950 leaving the Castle to a religious congregation which turned it into a spiritual place and an old people’s home. They left in the 1990s. After Sofia’s death, numerous, often irreversible changes were made to the building which were not consistent with its history and which completely changed the structure, the finishings, the material used and the ornamental decorations of the house. The original furnishings were either sold or stolen and numerous large trees from the Park fell to the same fate, they were cut down and sold as wood.

Sofia, the last heir of the family, died in 1950 leaving the Castle to a religious congregation which turned it into a spiritual place and an old people’s home

The Castle’s rebirth thanks to the Cosso Foundation

In 2007 the entire complex was bought by a private organisation and given on free loan to the Cosso Foundation which started its activities and an important restoration project the following year on the building and the Park in order to save it and to give back an important historical and artistic resource to the local territory.

The Castle and the Park returned to their past glory thanks to the Cosso Foundation. 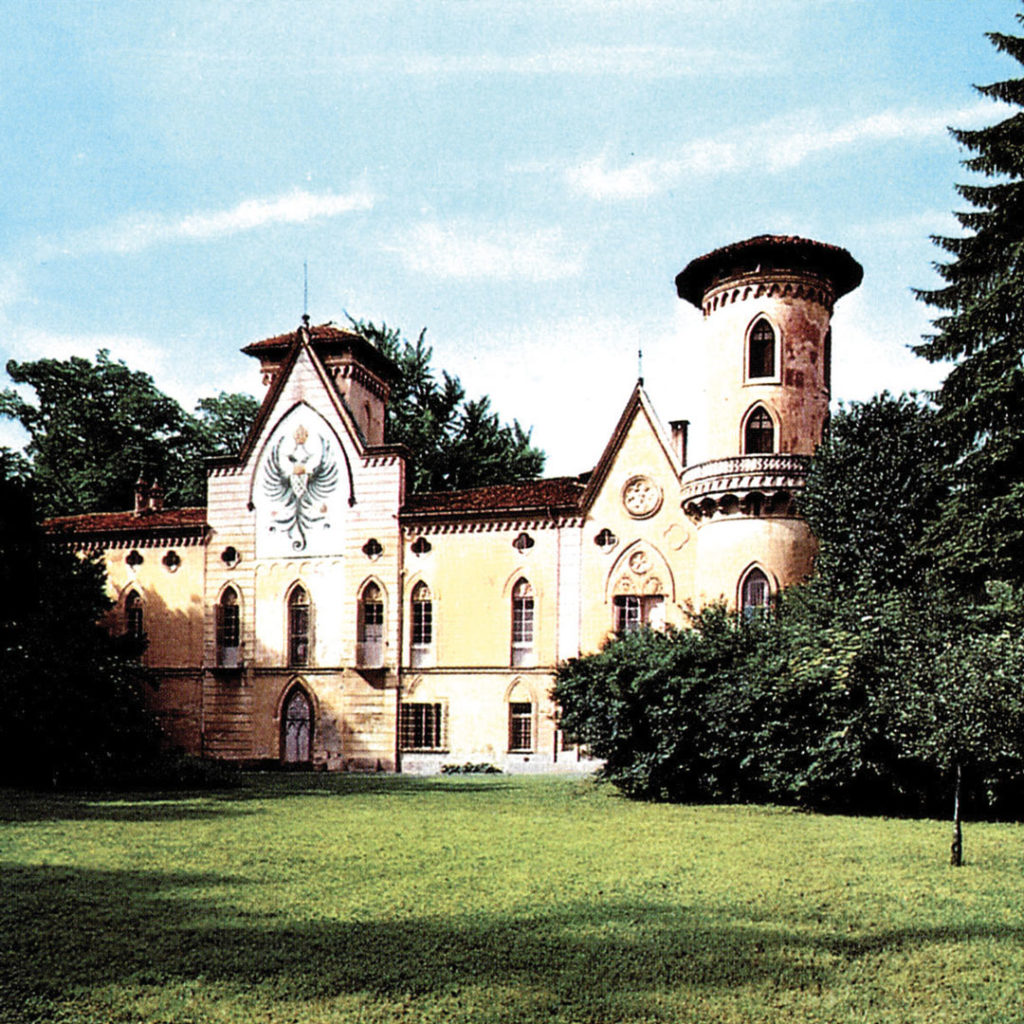 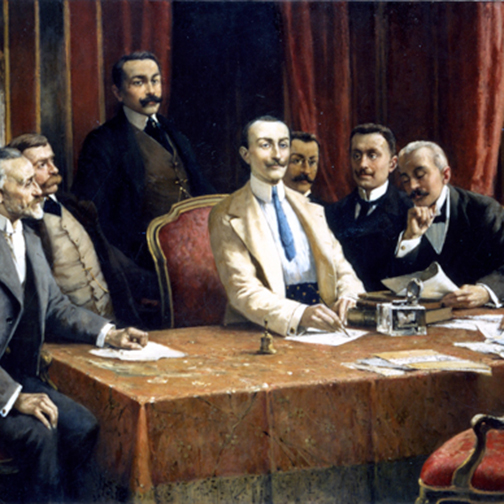 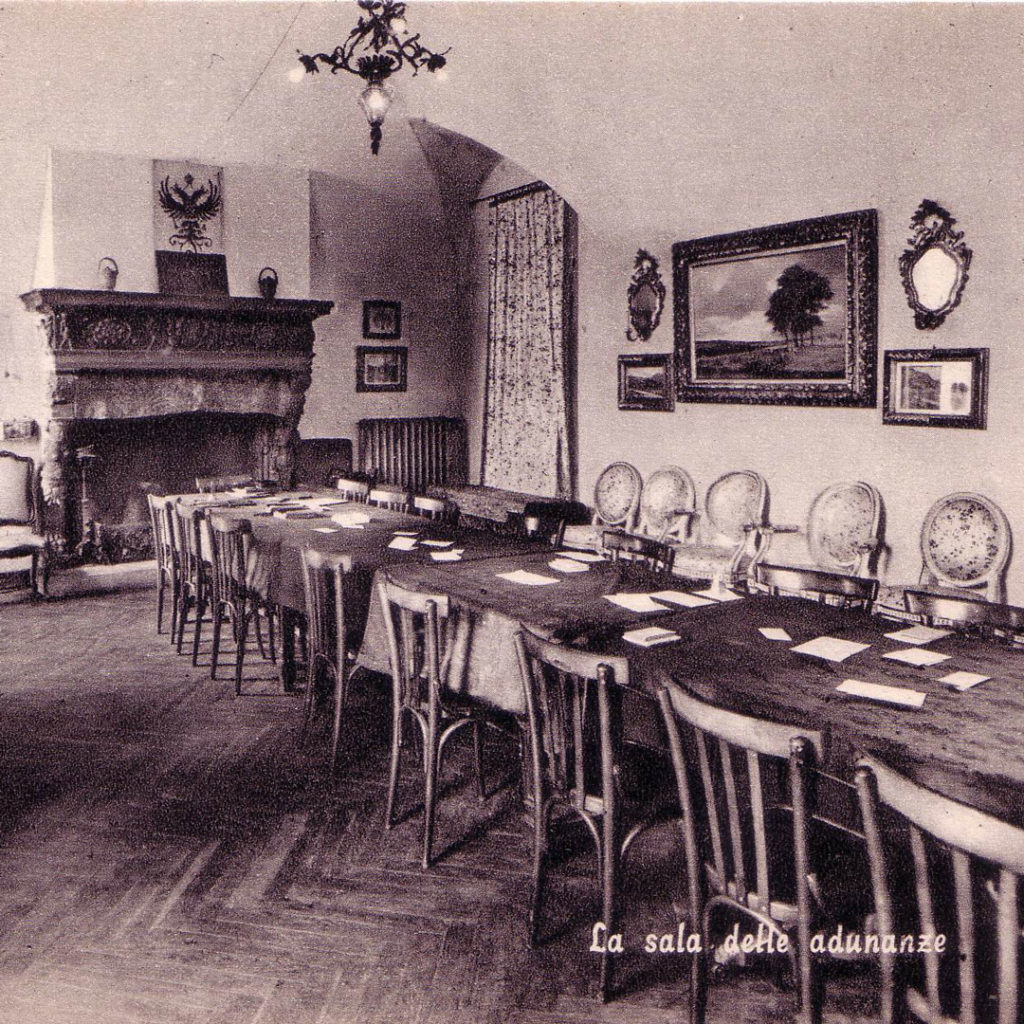